Landscapes and ecosystems can also be targets of conservation efforts. Sometimes it is not just one species, but a whole group of interconnected species that need protection. Why focus on one type of tree when the whole Amazon rainforest is under threat? Since species do not live in isolation, it can be more practical to look at the whole ecosystem.

Protecting important areas is one of the most important conservation strategies at the ecosystem level. We will talk more about types of protected areas later, but here we will look at some of the science behind deciding how to protect land (or water).

A lot of protected areas or reserves were created mainly to protect the habitat for one species. Giant pandas, African elephants, and Bengal tigers were all lucky enough to be focal species of reserves. Since these are all species that are big and beautiful, this approach works pretty well. Try creating a reserve dedicated to earthworms or grasshoppers though, and see how many people are in favor of it. Usually, reserves are created for one of three reasons:

Single species: Tule elk are endemic to California and once were the dominant grazer on California grasslands. They were thought to be extinct in the 1800s, until a rancher found a small herd on his land and preserved them. A tule elk reserve was created in northern California in the 1970s, and 10 animals were relocated to the reserve. Over 40 years, an initial population of 10 has grown into a population of 450 tule elk, and elk can now be spotted outside of the reserve. 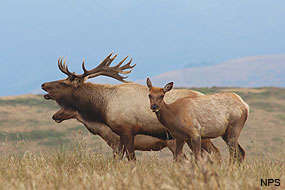 Biodiversity in areas of high species richness: The Great Barrier Reef (GBR) in Australia is a huge coral reef system and one of the most diverse areas on Earth. The reef is actually made up of almost 3000 separate coral reefs, includes 900 islands, and miles and miles of seagrasses and mangroves. The area is protected by the Great Barrier Reef Marine Park, which is divided into zones. Some zones allow fishing, some do not, and some only allow fishing for indigenous peoples. This park not only protects the coral that forms the reef, but all the fish, reptile, mammal, crustacean, and algae species that live on the reef, too. Because there are so many different things that live in the GBR, scientists have divided the reef and its surrounding waters into 70 different "bioregions," or zones. When the Marine Park was being designed, it had to include some of each zone in its boundaries. 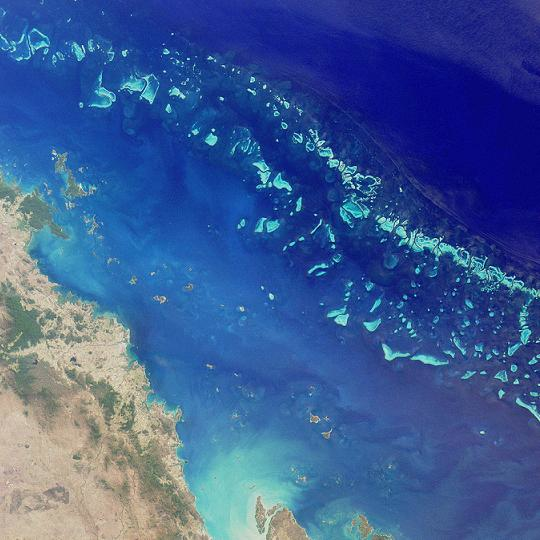 A satellite image of the Great Barrier Reef.

Whole ecosystem: Antarctica is one big freezing cold ecosystem. It also does not belong to any one country, but lots of countries go fishing in Antarctic waters. The Convention on Conservation of Antarctic Marine Living Resources, or CCAMLR, is a treaty that prevents Antarctic ecosystem degradation. Thought the Antarctic was too cold for any fish? Think again. Patagonian toothfish, aka Chilean sea bass, lives in Antarctic waters, as do mackerel icefish, Antarctic rock cod, and krill. All of these are commercially important organisms. The CCAMLR wanted to prevent the collapse of the food chain based on krill, which fish, penguins, whales, and seals eat. Krill is used as food for farmed fish, and also made into omega-3 nutritional supplements. If you take omega-3s, you are now part penguin. Or at least part krill. Protecting the Antarctic ecosystem depends on sustainably managing krill and other fisheries so that other species still have food.

Another important aspect of reserve planning is designing networks of protected areas, so that reserves are connected. Animals (and plants) move around, so having one area designated as a reserve may not be sufficient to protect a species. Yellowstone National Park in Wyoming is next to Grand Teton National Park, and both are next to a larger national elk refuge. Elk have not yet learned to read signs, so they don't know when they are leaving the park boundaries. By having multiple protected areas in a region, species that move around have a better chance of surviving. The wild areas that surround national parks and other protected areas act as buffer zones to the national park. Instead of having an abrupt boundary, like a steep cliff at the edge of your yard, buffer zones offer gradual changes in habitat, like a sloping hill. A network of reserves may also help species respond to climate change, by offering a variety of habitats.