You might wonder how we study humans without using humans. The answer is by using model organisms.

A model organism is any species used for scientific research to answer a specific question. Although there is a long list of potential model organisms one could use, there is a shorter list of organisms that have been used extensively over the years as common models, making them standards in research.

Model organisms don't have to be eukaryotes, but because eukaryotes all likely evolved from the same common ancestry, studying other eukaryotes can give us a lot of insight into what's going on within us.

Choosing the right model organism for a research study is like choosing the right car. An SUV fits a lot of hockey equipment and has four-wheel drive for the snow, but it's a gas-guzzler. A Ferrari might be a poor choice for bad weather and costs mucho dinero, but it's a sweet ride in the sun. A minivan is practical for the kiddos, but it's not exactly the coolest car around. Unless driven by parents like this.

Cost, number of offspring, and reproduction time are just a few of the things to consider when picking your model organism of choice. Money doesn't grow on trees, and time is of the essence. The more organisms you have and the faster you can get them, the bigger the experiments can be. Being able to genetically manipulate an organism means being able to make mutations easily and study their effects.

However, no matter what the pros, the right model organism needs to fit the question you are asking. For example, you can't use a fungus to study eye development because a fungus doesn't have eyes.

Below you'll find a survey of some of the common model organisms used to get a better look at eukaryotes.

Arabidopsis thaliana is the hot choice for a common eukaryotic model organism for studying plants. Because it's a plant, and therefore in a different kingdom than you are, it's not directly used for studying humans. Still, many of the processes that plant cells do—like transcription and translation—are similar to things that our cells do, too.

Arabidopsis is often used in genetic and molecular biology studies for understanding flowering plants. Some of its notable advantages are that it reproduces relatively quickly, can be genetically manipulated, and its genome has been sequenced. It has the added bonus of producing pretty white flowers, so the lab will always look nice. As a flowering plant, it's also an angiosperm. 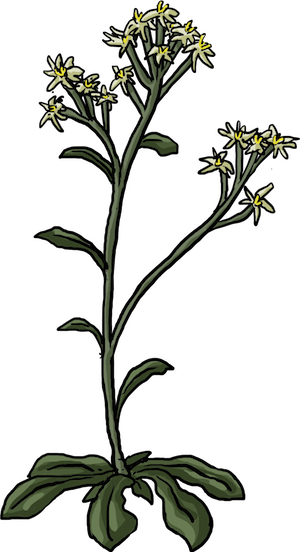 Yeast are a type of unicellular fungus. There are tons of different strains of yeast, and many are used as model organisms. One of the most common yeast model organisms is Saccharomyces cerevisiae (or budding yeast or baker's yeast). While that's not usually the focus of studies in yeast, we all enjoy yeast in one form or another. These yeast not only make a popular model organism for eukaryotic research, they also make beer, wine, and bread.

Which yeast make the best pizza dough? Now that's some research we'd like to get our hands on. And mouths.

Saccharomyces cerevisiae is a simple eukaryote that grows quickly and is relatively cheap to maintain. What it lacks in human body parts and disease, it makes up with a sequenced genome and very similar cellular processes. Yeast have been use as a model system for studying human aging. Now, if we could only look as youthful as a budding yeast. 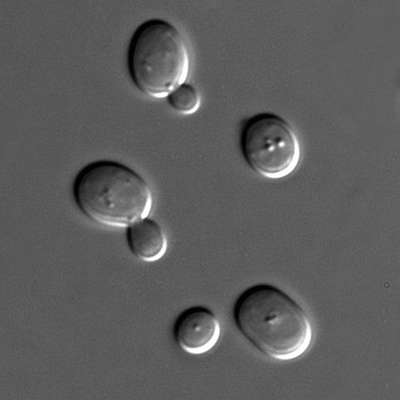 Little fruit flies, particularly Drosophila melanogaster, have been an insect used in model research for a long time. You might not see why anyone would want to study such an annoying pest. How often have you shooed these guys away from your banana cream pie?

As an insect, fruit flies are animals in the Arthropoda phylum. These tiny organisms are commonly used to study development of body parts. While it's true we don't have wings, we share some of the same protein signaling pathways in the development of human parts.

It's also "easy" to mutate flies. Therefore, they've been used as a common genetic tool to understand mutations and how they are inherited. Their short generation time means we can study the effects of mutations quickly.

We can also create mutants with different colored eyes and funny wings, or end up with antennae where a fly butt should be. It's easy to see why this might be an appealing model organism, you know, when it's not eating your fruit. 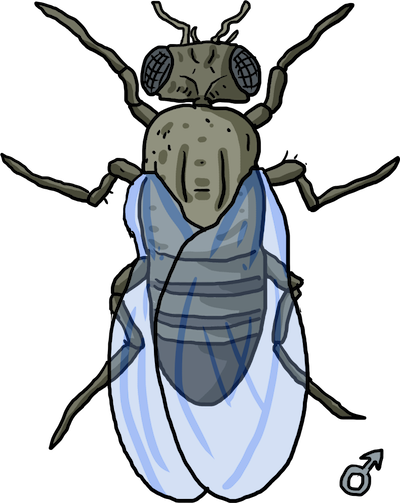 It may be difficult to see why worms make such a great model organism too, but the round wormCaenorhabditis elegans is a very fine choice for understanding genetics and development. It's classified as an animal in the Nematoda phylum. What makes C. elegans a good model has a lot to do with the fact that this is a transparent organism. It's literally got nothing to hide. Watching it develop is pretty easy. In fact, the fate of every single cell in the worm has been "mapped," meaning you can point to a cell in the embryo and know exactly where it will end up and what it will be.

These worms are cheap to raise, easy to genetically manipulate, can be frozen in time, and withstand crazy conditions. Case in point: C. elegans is a popular model for studying muscle development. (Watch those muscles at work.) Okay, so it hasn't exactly been tested for the number of bench presses or bicep curls it can do…but it has literally been shot into space to spend time on the International Space Station so that scientists could see the effect of gravity on muscles.

The zebrafish, or Danio reiro, is not part zebra, part fish. It's all fish. It's also a fish that happens to kind of look like a zebra.

The zebrafish is also a great model organism. It's a chordate, like us, and is commonly used to study vertebrates. We can use zebrafish to study development, as it develops quickly, produces lots of offspring, and has a transparent see-through embryo that makes imaging this process easy. It has a lot of comparable genes to human development and disease. We can also keep it in fish tanks with a sunken treasure chest, electric blue aquarium rocks, and a pirate's ship. 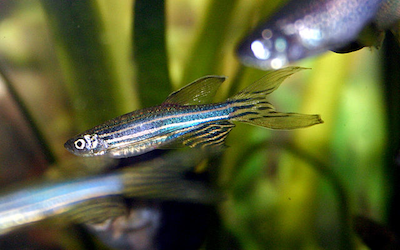 The common house mouse is also a popular chordate model organism. Mice, also known as Mus musculus, don't have as many offspring per litter or reproduce as quickly compared with other smaller vertebrate models, such as zebrafish. However, compared to humans, they are a much better choice for reproducing rapidly, producing multiple young per pregnancy, and well...not being humans. Mice, being mammals like us, share a lot of gene homology with humans, meaning a lot of genes with similar sequence and corresponding protein function.

Mighty mouse is often used for genetic and developmental research, and very commonly in understanding human diseases such as cancer, diabetes, and obesity. 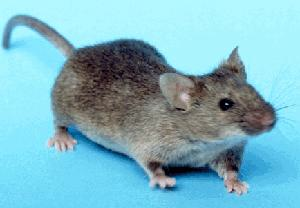 Mus musculus, a common house mouse great for research and who also likely wants a cookie.

Yeast are such a simple unicellular eukaryote, but we've been able to gain a lot of valuable information about basic biology systems from them. Unfortunately, with a money shortage in research, they aren't as popular as a model system anymore, prompting parodies such as this from the researchers who love them.